NetCut make the Computer off line by means of make the computer unable send any traffic to the Gateway. So ,

1, Select the computer you going to cut off in the left computer List ( could be a computer/xbox/PSP/WII/Iphone/Google phone)  or could be any wireless device that on your network.

2,and then click Cut Off button. this is it. isn’t it simple 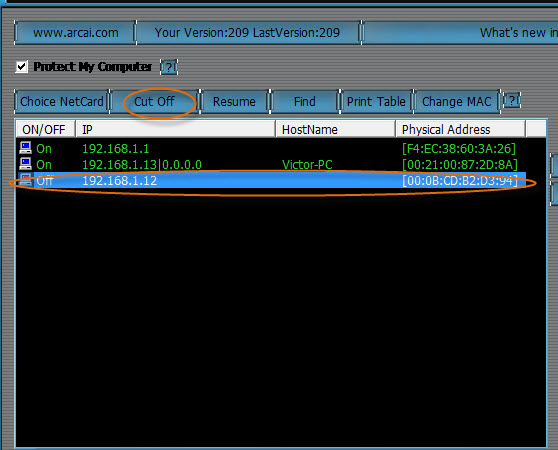